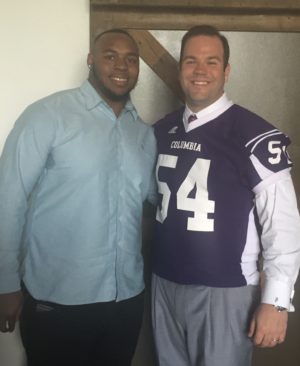 Congratulations are in order to our Boys & Girls Clubs of Maury County 2017 Board Chair Drew Parker, Associate Vice President of The Parker Group at Morgan Stanley! During a special awards presentation at the Omni Hotel on March 14, Drew was named by the Nashville Business Journal as one of Nashville’s 40 Under 40; he was also honored in a special issue of the publication and video.

For seven years now, the Nashville Business Journal has recognized Music City’s best and brightest business and community leaders who are making their mark and promising to do even more before the age of 40. They sought 40 leaders who are under the age of 40 who are making waves and advancing Nashville’s business scene and improving their communities. According to their website, nominations were taken from the public and more than 400 were received. From these nominations, an independent panel of judges made up of previous 40 Under 40 winners chose this year’s class.

Drew resides in Columbia, Tennessee, and joined the BGCMC board in 2014. He has donated countless hours of his time to the Club in an effort to ensure that every Maury County child has the opportunity to reach their full potential. Congrats Drew!