When you give to the Club, you help our kids and their parents. Thank you!

Princeton is a single father raising his daughter Kealy, who attends our Teen Center. Princeton grew up in Columbia and is the oldest of four kids.

When Princeton was just 12 years old, his mother died. At that point, his aunts took custody of him and his siblings.

At nineteen years old, he had a daughter – Kealy.

“Kealy is my blessing. When she was born, it changed everything. With the void that I felt from the loss of my mother, and being a teenager still trying to find myself… suddenly I had to live for someone else besides myself.”

Princeton grew up in the hair business, with his aunt and uncle both doing hair. His family inspired him to go into the business.

“Cutting hair lets me be creative. It’s like taking a blank canvas and creating something that makes people feel good about themselves.” He has been cutting hair for ten years now.

“In 2009, I let my emotions get the best of me and made a mistake, and I got caught with a firearm. I was convicted and sentenced to 57 months in a federal prison.”

“I was released from prison in 2015,” Princeton says. “Since then I’ve been working and trying to reestablish my relationship with Kealy. Trying to rebuild what we had before I was incarcerated.”

Thanks to you, the Club was able to provide support and consistency to Kealy and her father during this challenging time of transition.

Now, Princeton works nights at Magna and cuts hair at a local barber shop during the day. 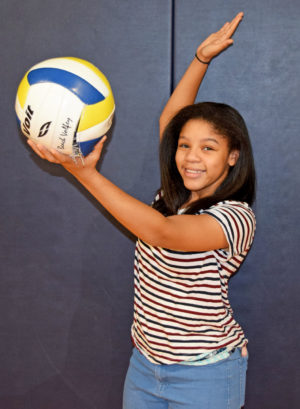 “Last year, I was finally able to get my own apartment for me and Kealy. Before, we were living in my grandmother’s house. I wasn’t used to paying all the bills, raising a child by myself, and working my schedule around her schedule…”

Princeton says that playing the role of both parents is tough. He tries to be sensitive to what Kealy is going through as a 13-year-old girl. Luckily, that is where the Club steps in. Club staff are able to support Princeton’s efforts as a parent with mentoring programs like SMART Girls.

Having Kealy at the Club means a lot to him. He was never a full-fledged Club member, but spent some time at the Club completing community service hours as a teenager.

“It was a positive experience, and I’ve never forgotten my time at the Club,” Princeton says. “I met people at the Club that are still friends to this day.”

Princeton and his family have gone through a lot, but he hasn’t lost his positive attitude.

“I can look back on my choices and see growth. I have been through things, and I’ve overcome them. Everything we go through in life is a lesson.”

You give Kealy a place to play volleyball with her friends, and you help her explore her passions in Culinary Club and STEM Girls. Thank you!

Princeton believes that computer programming is one of the most important activities the Club offers to kids. 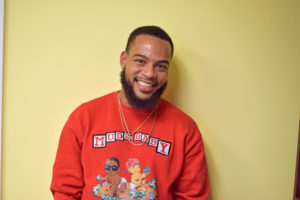 If she weren’t at the Club, Princeton says, Kealy would be bored and sitting at the barber’s shop while he worked.

Instead, the Club provides a positive environment where kids can be themselves and learn who they are, free from negative influences they might feel elsewhere.

“I love the Boys & Girls Club program,” Princeton says. “It’s not a substitute — we still have to do our part as parents. But what the Club does is important, because kids are our future.”

“If I couldn’t be a father, none of my other accomplishments would matter. My hope for Kealy is that she finds her passion and then gives it her all.”

To give kids like Kealy a place to be themselves, click here to make a secure gift online or mail your gift to 210 W. 8th St. Columbia, TN 38401.