When Barbara’s Husband Needed Heart Surgery, You Gave Her Daughters Support and a Sense of Normalcy at the Club 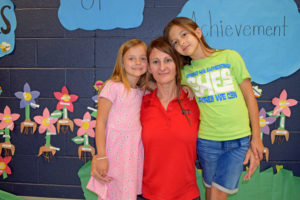 “My husband David works as a lineman for AT&T,” she says. “I work for RT Medical in Hermitage as a respiratory therapist.”

“My husband was born with a genetic heart defect. He first had heart surgery when he was 30. The tissue valves only last fifteen years and so he knew he was coming due for another one, but it happened pretty suddenly this time.”

“The Club has been great during this hard time. He will be out of work for twelve weeks to recover, and I missed work as well to be with him around the time of the surgery.”

With all that was going on, Barbara and David didn’t want to upend the girls’ schedule or pull them out of the Club. Your support allowed them to continue coming to the Club and not have to worry.

“Our biggest concern was making sure that everything stayed normal for the girls, especially the weeks before and after surgery. We didn’t want them to worry. At their young age, they shouldn’t have to stress over stuff like that.”

Thanks to you, the Club helps maintain that sense of normalcy for the girls. Your gift provides scholarships for families who need it to get through tough times.

“The Club helped by providing scholarships for the girls to attend,” Barbara says. “which is helpful as the medical bills start coming in.” 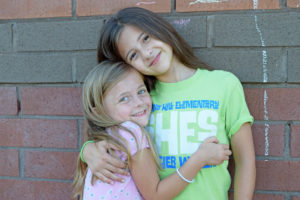 Hailey goes to the Speech Language & Learning Center for occupational therapy. She has OCD, ADHD, and a sensory processing disorder.

“The girls started at the Club this school year,” Barbara says. “They were in a different program before, but we wanted more structure. The Club is great with their daily schedule. Every day they have a snack, do homework, and go outside…”

“For Hailey especially, with her ADHD and OCD, schedules are important.”

Hailey says, “My favorite part of the Club is Mr. Jesse. He’s a nice and trustable person. He helps me whenever I feel sad or stressed, he is always the first one to come over to me.” 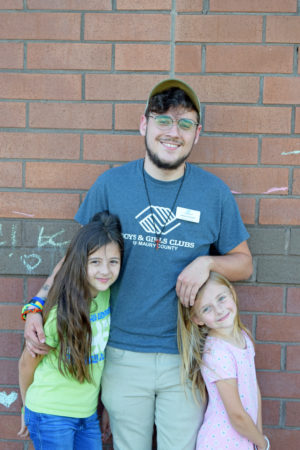 Hailey also says she learns about respect, honesty, and loyalty at the Club. “Respect means listening to other people, being quiet when others are talking, and waiting your turn.”

“I like that she’s learning about respect,” Barbara says. “I like that they help her academically. The staff is friendly.”

“I feel safe, knowing that someone is watching them before and after school when I have to be at work.”

Barbara appreciates the acknowledgements that the Club gives its members, like the certificate Hailey got when she made honor roll.

“Those little acknowledgements help with their self-esteem,” she says.

“The Club makes it possible for parents to go to work and provide for their families, and at the same time know their kids are in a safe place and being well cared for. The kids are enjoying themselves and learning as well.”

“I’m hoping to volunteer and give back to the Club, once our family gets over this hump.”

“Thank you so much. Without you, people who really do need the help and assistance would not be able to get it. In situations like ours right now, there is no assistance for that – when you are just trying to provide for your children and keep their lives as normal as possible. I greatly appreciate everything that the Club has done for us.”

Make a gift TODAY to continue providing scholarships to kids like Alyssa and Hailey. They need you now more than ever and your support during this tough time can make all the difference for their family.