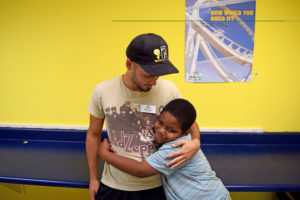 You Give Grandmother Tangila a Safe, Positive Place to Send Her Grandson Kamel After School – Thank You! 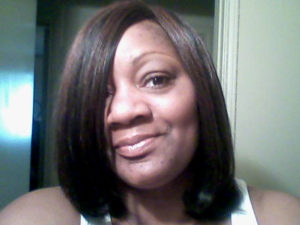 Tangila is a 48-year-old grandmother raising her three young grandchildren. She has custody of all three kids, since her daughter was struggling with some personal issues and wasn’t doing well. The two youngest are both two years old. Kamel, age 8, has been attending the Pulaski Club since Kindergarten.

“The Club is always there when I need them,” Tangila says. “They help Kamel with his homework, and it’s one less thing to worry about when he gets home.”

Tangila is on dialysis and has weekly doctors’ appointments following some recent surgeries, so having Kamel attend the Club is critical.

The Club provides stability for the kids, Tangila says. “When kids get out of school, they know where to go. They have a routine.”

“The Club has rules to follow, and the kids know the consequences of not following the rules. So the Club is teaching them good behavior.”

Thanks to YOU, we reopened the doors of the Pulaski Club to kids in December 2017. The previous organization had been closed for six months, leaving Pulaski kids with nowhere to go during the summer and after school.

“It was sad because the kids were out in the streets and didn’t have anywhere else to go,” Tangila shares. “The Club typically serves lunch and a snack, and some kids don’t even get a meal anywhere else.”

Now, parents don’t have to worry about where their kids are going after school. 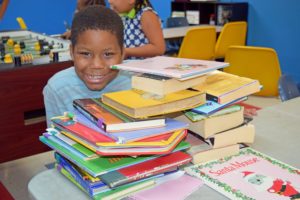 “Kamel enjoys going to the Club,” Tangila says. “They allow him to be himself.”

“He misses his mom and he started acting out as a result,” she says. But being at the Club helps.

“Now he stops and thinks about his behavior, because he wants to go to the Club and he gets excited about being rewarded with BGC Bucks that the staff give out.”

Kamel has an Individualized Education Plan and was previously in special education classes. He struggles with reading comprehension, Tangila says.

Club staff member Nash Pogue began working with Kamel. “Kamel has trouble with reading,” Nash says. “He has books that he’s supposed to read every day. He would always forget to bring his books to the Club, or when he did have them he would try to skip over it.”

“I said ‘okay, we are going to sit down and get through this.’ His grandmother was getting concerned about his grades. So I sat down with him and I told him ‘we are going to do this together, I know you can do it.’”

“I can’t do it,” Kamel would say. Every time he and Nash got halfway through the book, Kamel would insist that he couldn’t finish.

Luckily, Nash was persistent. “I told him ‘listen, we’ve gotten this many pages in. Did you think you were going to get that far?’ and Kamel said ‘no’. So I asked him, ‘why don’t we just do the rest?’”

“You’re right!” Kamel said and they finally got through the book. Kamel had been adamant that he wasn’t going to be able to do it, but he and Nash took it step by step and sounded all the words out together, until Kamel was able to put the words together with Nash’s help.

“By the end, he finished all of it and he kept saying ‘thank you, Mr. Nash!’” 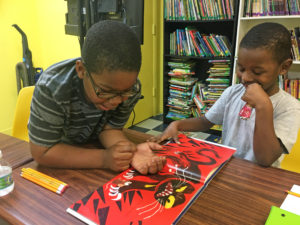 When you support the Club, you give our kids caring adults who will do whatever it takes to help them succeed. Thank you!

Thanks to you, now Kamel is reading to other Club kids every day after school!

To support kids like Kamel, click here to make a secure gift online or mail your gift to 210 W. 8th St. Columbia, TN 38401. If you would like to designate your gift to our Pulaski Club, please write “Pulaski” in the memo line.